How To Screenshot On Asus Laptop? Easy Method (81)

Should I Buy a MacBook or a Windows Laptop? Apple and Microsoft have been stoking the flames every few years, through marketing, for a long time. Which is, nevertheless, the better option MacBook or Windows laptop for your work? There is no right or wrong answer, but we’ve outlined the significant distinctions and similarities below to help you decide.

Should I Buy a MacBook or a Windows Laptop?

We’ll compare Apple machines running Mac OS X to running Windows in this post. It is more commonly used to refer to a Windows system. We’re comparing MacBook with Windows laptop to see which is better.

The cost of a MacBook VS Windows Laptop is the main difference. Few Mac products cost less than $1,000, yet many Windows laptop models do. It does not, however, mean that Macs are more costly than laptops with comparable specifications.

How To Play Xbox One On A Laptop Screen With HDMI

Apple has focused its Mac lineup on higher-end machines with more expensive and better components. The $999 MacBook Air is Apple’s most cheap and best MacBook, offering the best performance in this price range.

The 13-inch MacBook Pro costs $1,299, while the 16-inch MacBook Pro starts at $2,399 and may cost up to $6,699 depending on how much more memory, storage, and graphics capability you want. On the other hand, you will get Windows Laptop from a few hundred bucks to thousands of dollars.

If you only need a laptop for simple web browsing, email, and word processing, like the $199 HP Stream or the $499 Acer Aspire 5 will sufficient for your work. The Dell XPS 13 costs $999, while the Lenovo ThinkPad X1 Carbon costs $949.

If you’re looking for a mobile workstation, devices like the $1,989 HP Zbook Studio provides desktop-grade capabilities for video editing and design work.

The Apple Store, which initially opened its doors in 2001 in the Tysons Corner Mall in McLean, Virginia, is Apple’s premier retail location. Apple has had on-again, off-again deals with electronics retailers such as Best Buy, CompUSA, and Computer City. Even yet, Macs aren’t sold at many of the retailers that sell PCs, including Walmart, the world’s largest retailer.

How to unlock Keyboard on Laptop

The majority of those businesses want to get their items into as many retailers as possible. While, you won’t find an Apple MacBook in your local computer store, while you will find dozens of Windows laptops.

One of the reasons the Mac hasn’t taken a larger share of the computer market is its lack of business software. Several years ago, most business applications were standardized on Windows laptops. Because of the large number of recreational software available, most computer gamers gravitate toward the windows laptop.

The Mac has gradually increased its game selection to include popular games, but it still falls behind the Windows laptop in terms of variety. It would require a lot of effort and money to convince a business to convert to Mac.

Currently, Mac machines come with OS X Lion preloaded, whereas laptops come with Windows 7. It’s difficult to get Mac OS X to operate on a non-Apple computer. Windows Vista was unstable, prone to breakdowns, and riddled with pop-up chat windows. Parallels Desktop and VirtualBox are two tools that make it easier to install Windows on a Mac nowadays.

How to Charge a Laptop in a Car

Because Microsoft has improved the reliability and efficiency of Windows 7, the new decision in terms of functionality and layout is more a question of personal preference. Apple announced the accessibility of their Boot Camp software in 2006, which permitted customers to install Windows on their Intel-based Macs.

On Apple MacBook, a Trojan known as Mac Defender, and Mac Protector has been identified. Trojans attract users to install them by posing as antivirus software. These threats will surely grow as Macs become more popular and continue to claim a larger market share. A MacBook owner who doesn’t have any security software installed is much less likely to be the victim of a cyber-attack than a Windows laptop owner.

In my opinion, you should buy a Windows laptop if you’re not an iOS developer. Windows laptop is for you if you don’t want to pay the money on every piece of expensive software. If you’re a student in college, I recommend Windows since it costs less after you buy a laptop.

If you buy a MacBook, you’ll have to pay for additional software and hardware, which I believe is out of reach for most students. If you’re an iOS developer, you’ll need a MacBook because you can’t develop or operate iOS development software on Windows.

Mac is for you if you can afford to spend more but cannot compromise on the quality of service and products. If you an iPhone or an Apple Watch, you should choose MacBook because of the ecosystem benefits that you enjoy with all Apple goods, such as connectivity and data transfer rates between them.

Here is How To Fix ‘Driver irql not Less or Equal? 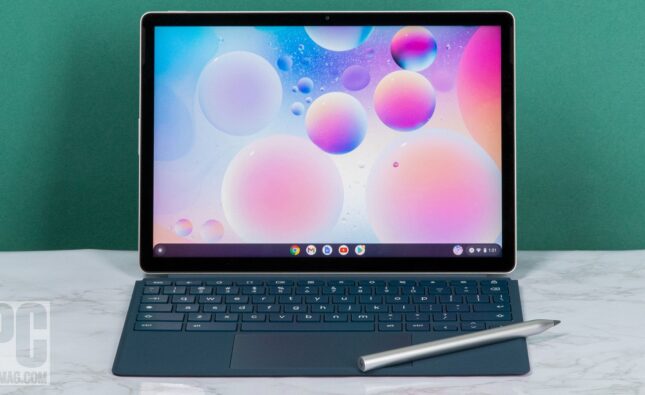 How To Screenshot On Asus Laptop? Easy Method