How To Screenshot On Asus Laptop? Easy Method (83)

As the online gaming market has grown, so has the popularity of blockchain games. NFTs can be collected and played in virtual worlds using blockchain games. Strong secondary markets for rare cards and items, as well as frequent expansions, keep NFT games fresh in the minds of players. So we will discuss about Crypto Games to Earn Money!

No matter if you’ve never played a blockchain game before or you’re just looking for something new, this guide will help you get started. These five best play-to-earn crypto games in 2022 will be reviewed and explained in detail.

The blockchain technology that makes it possible to trade non-fungible tokens in the real world for real money has made the cryptocurrency gaming industry worth tens of billions of dollars (NFTs). You can even get paid to play in digital economies!

The term “play-to-earn” refers to a type of game where players can earn money by completing objectives such as battles, breeding their virtual characters, completing quests, and so on.

They can then use that in-game currency to buy NFTs or to deposit it directly into a cryptocurrency wallet, where it can be sold or traded for real-world currencies or tokens.

It’s one of the main incentives for players to participate actively in these crypto games to get paid for their efforts. Why are “play to earn” games gaining so much traction?

As a result, we’ll talk about some of the most popular cryptocurrency games, which are worth millions of dollars every day.

In the virtual world of Silks, you can race thoroughbred horses in a unique metaverse. An NFT is a virtual horse that can be linked to a real-world racehorse through Silks.

The characteristics of each NFT horse are similar to those of its real-world counterpart. As a result, the NFT horse will gain from a horse’s well-known finishing ability. Race records, training history, bloodlines, breeds, and more are all used by Silks to create unique digital horses that closely resemble the real-world racehorses that take to the track all over the world.

Your virtual horse’s real-world counterpart is linked to your in-game performance, as well. STT, Silk’s in-game currency, is given to you when your real-world horse wins a race.

The more STT you have, the more breeding and staking you can do. Because they are non-fungible tokens, Silk horses can be traded and profited from in the secondary market.

Play Splinterlands to Explore, Fight, and Trade Cards in a Unique Metaverse

In many ways, Splinterlands is a cross between Pokemon and Magic: The Gathering. Fighting in Splinterlands takes a fraction of the time it does in other card games. Play for as long or as little time as you’d like.

The universe of Splinterlands is constantly expanding, which is a unique feature of the game. More than 64 abilities and 500 play cards have been released by the development team. Splinterlands’ NFT projects are expanding the number of cards you can play and the number of possible combos.

Amateur players can also reap the benefits of playing Splinterlands. Quests, tournaments, and ranked play are all ways to get new cards and in-game tokens in the game. For example, cards can be traded on the secondary market or exchanged for cryptocurrency.

Play-to-earn crypto games like Axie Infinity are extremely popular today. Smooth Love Potion (or SLP), the in-game currency of Axie Infinity, is one of the primary reasons for this. The Axie Infinity Token is another token in the game (AXS).

To make SLP, you can farm form in the Axie Infinity universe. The SLP you make can then be sold in the game. The PVP leaderboard (also known as ‘player vs. player’) allows you to earn AXS by competing against other players using your own characters you create (known as ‘Axies’). It is possible to make a lot of money selling axies, and they have their own marketplace.

There is a lot going on in Axie Infinity, and it’s going to take some time to get your head around it all.
The first NFT-based real-time multiplayer game is Battle of Guardians. It’s a game with a science fiction theme developed by Unreal Engine, and it features a storyline filled with portals, technology, and other sci-fi elements. Arena mode, story mode, and tournament mode are just some of the game’s many modes of play, each with a unique set of challenges.

NFTs are the primary source of income for Battle of Guardians players. You can earn more and more rewards as you progress through the game, but if you want to participate in a tournament, you must pay an entry fee. In Battle of Guardians, you can trade or sell NFT characters with other players on the official marketplace. 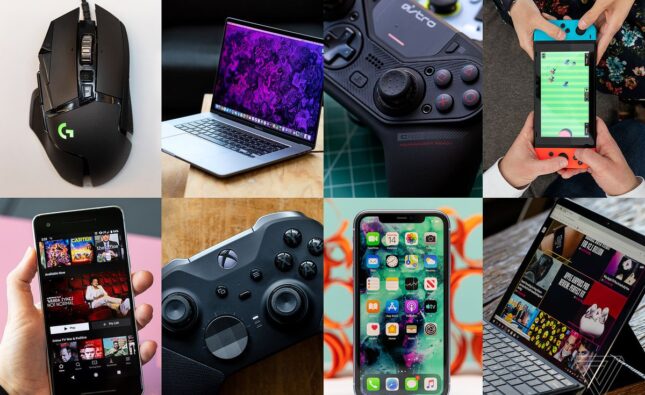 Top Free Games To Play On Mobile and Laptop in 2022